Since 1990, she has been a librarian at the Ignazio Cerio Capri Centre. Carmelina graduated in Modern Foreign Languages and Literature from the Oriental University Institute of Naples. She has researched the subject of English writers and travellers on Capri, also publishing numerous articles on the subject. For the Capri Centre she has been the Curator of the exhibitions “History of an Island and a Library”, “The Pagano Hostel: a family, their house, their guests”, “Three Centuries of Travellers in Capri”, and “Capri and the World in Drawings by Laetitia Cerio “.

It was a dark winter evening when Pablo Neruda and Matilde Urrutia arrived at “Arturo’s Casetta” in Capri. Edwin Cerio, who had made the house available for them, welcomed them at the light of the fireplace. A few days before, on 8 January 1952, the member of the Italian parliament Mario Alicata had written a heartfelt letter to Cerio, asking him to host the poet: “The great poet Pablo Neruda is in Naples and wishes to spend three months in Capri in order to finish his book on Italy (…) He would prefer living in a house, even a very tiny one, and not in a hotel or guesthouse (…) Perhaps I hope not to dare too much, could you see if you have one or two rooms available, somewhere?”

Edwin replied directly to Neruda, with a simple invitation telegram: “Come, I’m waiting for you in Capri. There is a villa, “Arturo’s Casetta”, ready to host you. There you will be undisturbed and you will have the possibility to finish your book and to rest”.

The six months they spent in La isla clandestina, as Neruda calls Capri, are documented by the epistolary between Edwin and Pablo, now preserved in Capri at the library of the “Ignazio Cerio” Centre. Such correspondence consists of 14 documentary units, mainly letters from Neruda, but also letters from Mario Alicata, as well as the minutes of some letters from Edwin, and an article celebrating the poet’s arrival on the island: “looking forward to your landing in a place where no curtain- of whatever metal- could be seen, and that has its borders only in the horizons of poetry and beauty” . Also there was an extraordinary invitation card “a beber una copa …” in tissue paper with Edwin’s face stylized on it, that was delivered on 25 March1952 to the owners of “Arturo’s Casetta”, invitation card that they luckily preserved. Most of the letters are written on rice paper bought in China and adorned with elegant designs of dragonflies, flowers and an ideogram: “it is my signature, in Chinese it means ‘three ears'”.

Edwin and Claretta Cerio were living across the road from Pablo and Matilde; the former lived in Villa Lo Studio, located right in front of “Arturo’s Casetta”, both were on via Tragara. They wrote to each other and the maid of both, Amelia, acted as “post woman”. They continued to write to each other also when Neruda and Urrutia moved to Via Li Campi, in a small house closer to the historic centre but certainly without the breathtaking view they had enjoyed in Marina Piccola. Apart from dealing with day to day issues and sometimes requesting advice, those letters clearly show the sense of hospitality, the commonality of interests, the curiosity for Edwin’s shell collections, the serenity that pervaded the couple and the inspiration that Neruda finds in the island’s natural beauties.

The letters between the two also reveal an incident that risked to undermine the relationship of esteem established between the guest and his landlord. Cerio, in making his home available, had established the condition that the poet – during his island stay – left apart his role as a communist militant. However, when he received a phone call from a Chilean who, arriving in Naples, asked him to speak with Neruda, he became worried and wrote to the poet: “I was very happy to make “Arturo’s Casetta”, available for you… it is in the tradition of Capri, of my family and of my small cultural centre to honour people of genius and intellectuals without asking them for any passports other than their work (…) as far as I am concerned, I have the shortcoming of disliking all sorts of politics (…) therefore, as I do not wish to sail under a false flag, I do beg you and your friends not to ascribe any political intention or manifestation to the hospitality I offered you”. The poet apologized for the inconvenience and assured that no political activity had taken place “as for your flag, I already knew it, a flag that rises with the colours and scents of your island” and promised him that there would be no more problems. And so it was.

On the island there was no reason for secret encounters with Matilda, as Delia del Carril was on the other side of the planet: they felt finally free to love each other, to do long walks to Anacapri climbing up the Phoenician Scale and to organize parties with their friends from of Rome and Naples. Pablo also devised a peculiar ceremony so that the love that bound them would be blessed by Capri’s moonlight.

Cerio – among other things – was fond of the island’s nature and Neruda was for him an interested interlocutor. For this he wanted to present the poet with a booklet of his, dealing with the blue lizard from Faraglioni, that had been printed on “Amalfi paper” and was at the time out of print. The present was extremely welcomed by Neruda..
When thanking his friend, Neruda made him apart of a project he has in mind: the publication of a book of poems dedicated to Matilda, Los Versos del Capitan. Quiet and peace on the island were ideal in order to allow him to finish his work. This collection will be published anonymously later on, by Paolo Ricci in July 52, when the poet had already left for Chile. It was published only in 44 copies out of commerce, each with the name of a subscriber. Apart from Cerio, there were Quasimodo, Guttuso, Giorgio Napolitano, Vasco Pratolini Palmiro Togliatti, Luchino Visconti, Giulio Einaudi, Renato Caccioppoli. To go today through that list (included before colophon at the end of the volume), it is like to reading a chapter of the history of this country.

The last letter to Edwin and Claretta, the one written when the poet was already sailing back to Chile on the motor ship Giulio Cesare, after Scelba had not renewed his residence permit, expresses the gratitude of Pablo and Matilde and their affectionate greetings to their friends in Capri. Friends that were not going to be forgotten after the return in Chile and were going to be the recipients of kind presents even thereafter.

First edition of the Captain’s verses: list of the 44 original subscribers

Letter from Pablo Neruda to Edwin and Claretta Cerio (July 6, 1962). 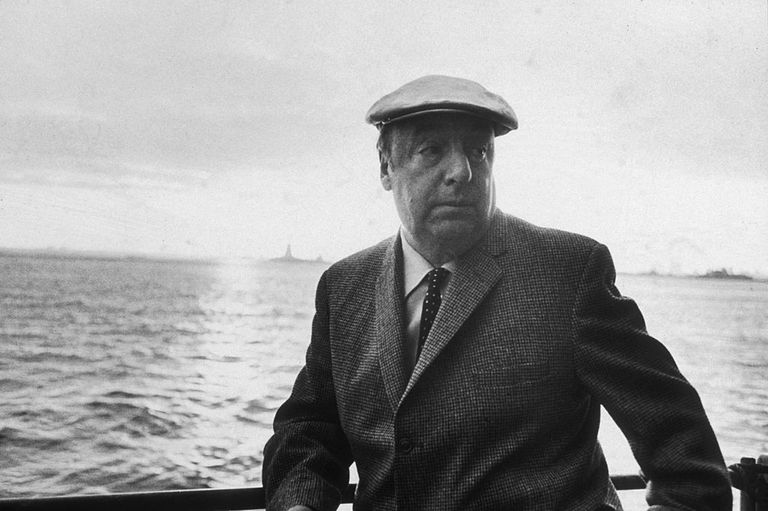 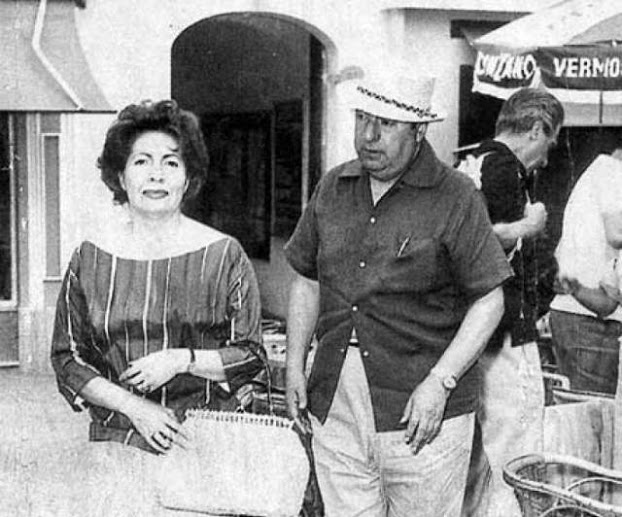 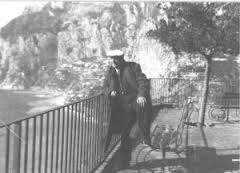 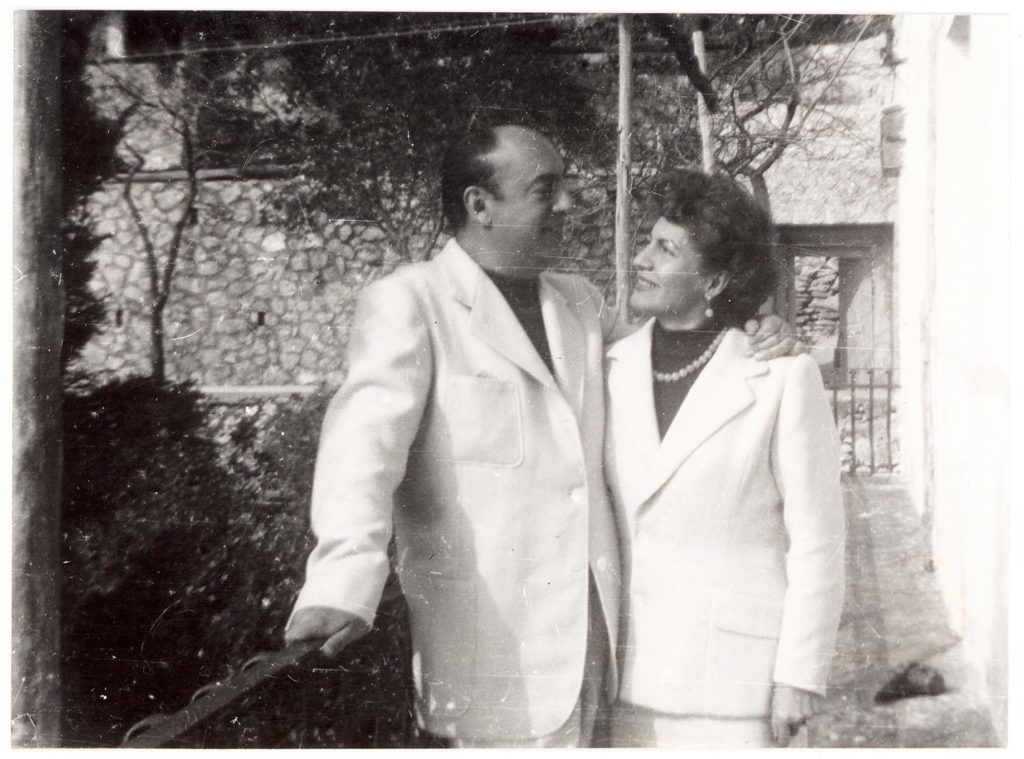 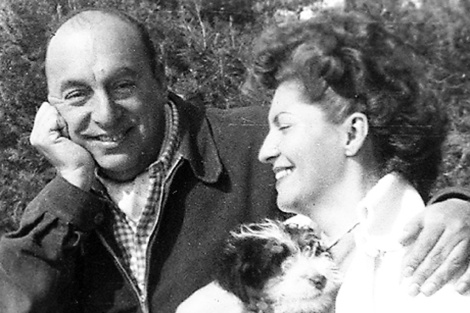 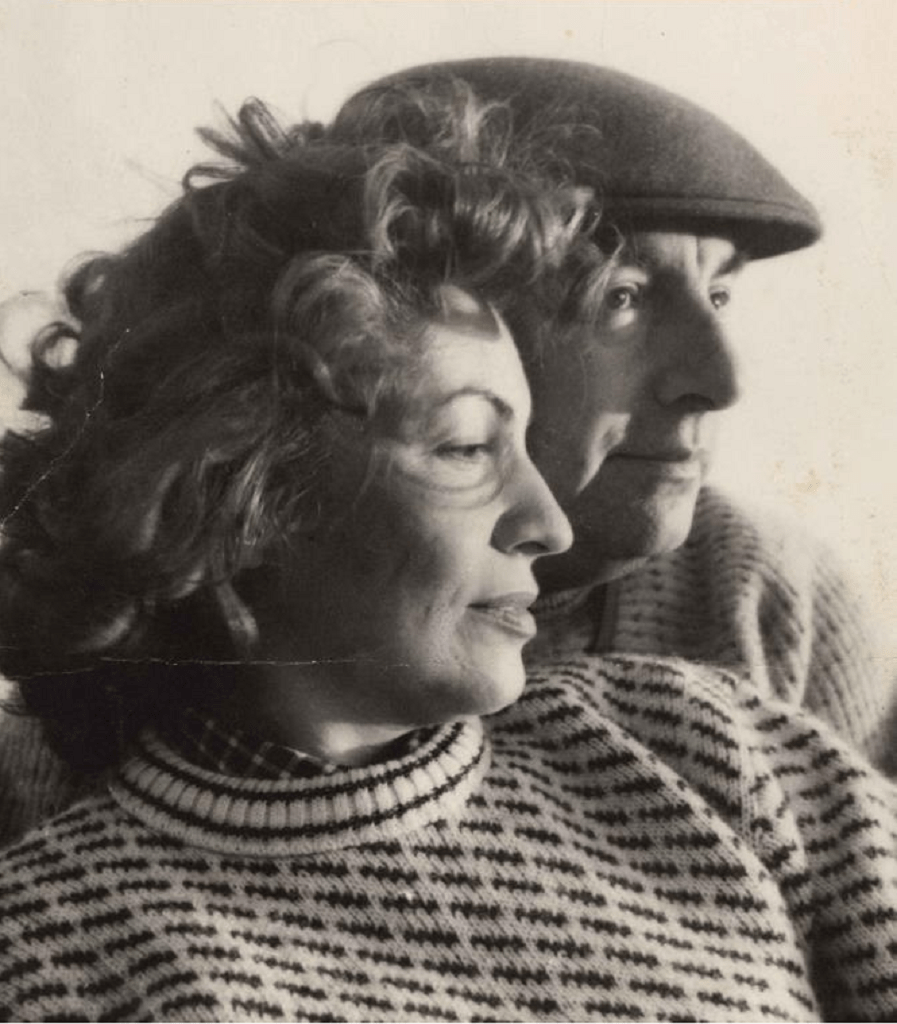